Some Reasons Why Marriages Fail 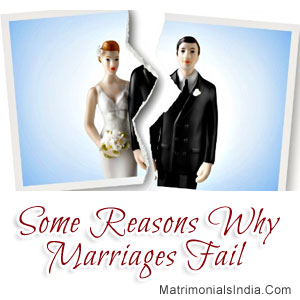 Many people believe that Happily-ever-after only happens in fairy tales, or movies for that matter. But many others who are in long term successful marital relationships beg to differ. Successful marriages do exist and happily married couples are not just a fable. Marriage counselors have in fact identified a set of some common reasons that are responsible for the failure of most relationships.

By working on these problems, a couple experiencing marital troubles can ensure that their Happily-ever-after does not come to an abrupt end, rather stretches on for a lifetime.