The Beauty Of Sikh Weddings 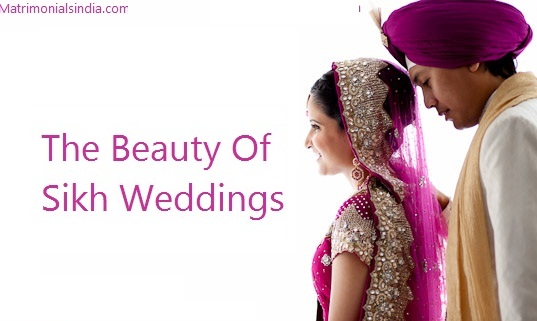 Punjabi wedding traditions and ceremonies are a strong reflection of Punjabi culture. The Sikh marriage ceremony is also known as "Anand Karaj" which means "Ceremony of Bliss." Most Sikh wedding takes place in the morning and are ended before noon. Sikhs take marriage very seriously, and weddings are important and joyful affairs for Punjabis. It is not merely a physical and legal relationship but is a holy union between two souls where physically they appear as two individual bodies but in fact, they are united as one.