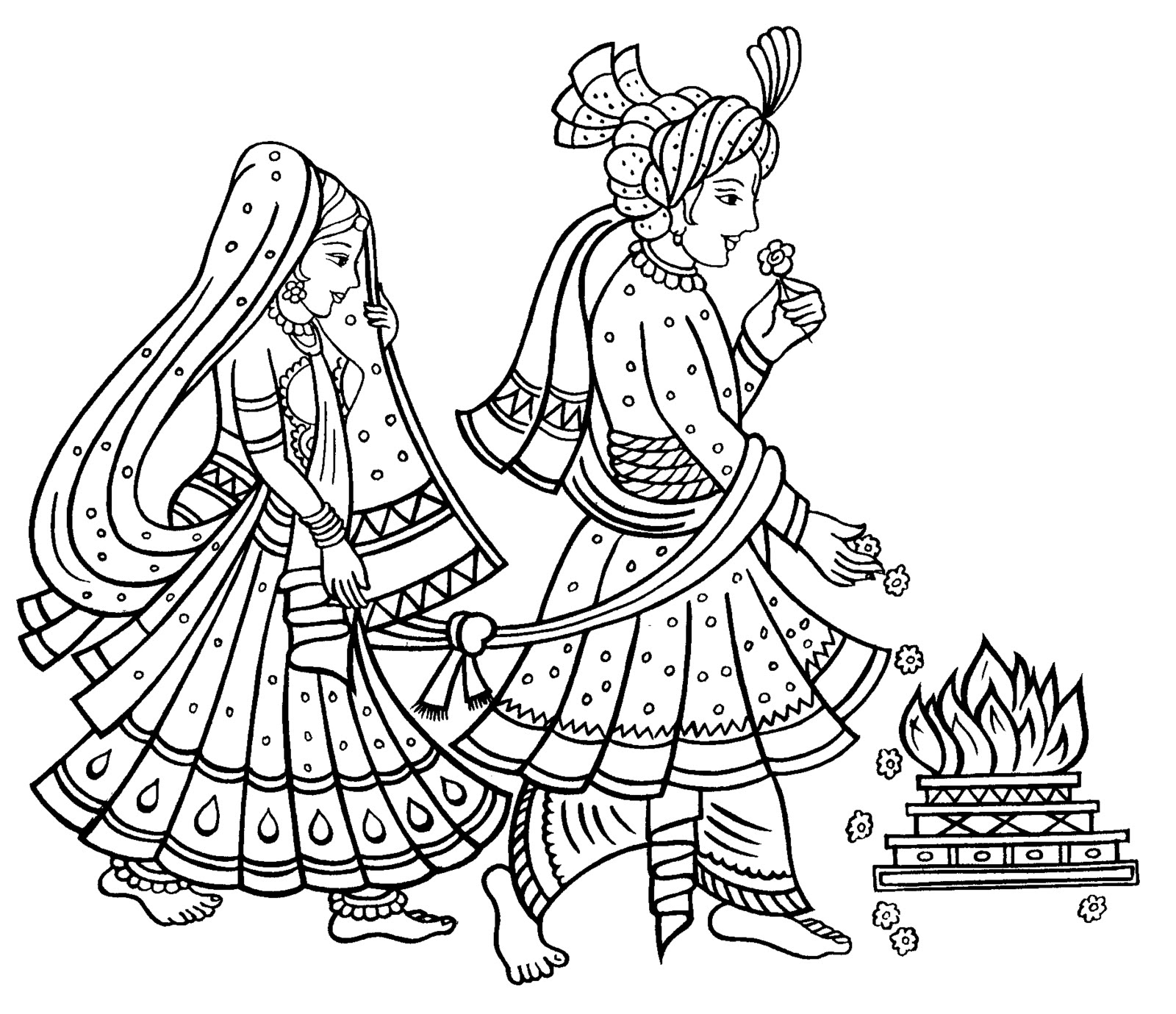 Matrimony is the union of two lives, two families and two souls. A Hindu wedding consists of several rituals each having its own significance. The "seven vows" or "saat phere" is a noteworthy ceremony as a marriage is incomplete without it. Also known as "Saptadi'", the Seven Vows/Saat Phere are the rounds taken together by the bride and groom around the holy fire place. With every round, they make one promise to their partner thus making seven promises in all. Each one of the seven phera's has a distinct meaning and is symbolic of a promise which is meant to be kept for a lifetime. The custom of Seven Vows/Saat Phere has had a rich historical significance to it. It is believed that the saat pheras were started with the wedding of Hindu deity Lord Shiva and his wife Goddess Parvati. Thus, the pheras have a spiritual connotation attached to them. The bride is seated towards left of the groom before the pheras and then towards the right after they are complete.

The First One of the Saptadi is symbolic and the groom promises to cherish his wife and provide for her welfare and the children. He asks for a promise to provide him food and be helpful in every way. The bride in return promises to discharge all responsibilities for welfare of the all family members and children.

In the Second One the groom says "My beloved, now you have walked the second round with me, fill my heart with strength and courage, and together we shall protect the household and children." In return the bride promises to be sad in her husband's grief and rejoice in his happiness and fill his heart with love & courage and please him always.

In the Third Phera, the bride and groom pray for their prosperity & wealth and the groom promises to love and respect his wife as the only woman. The bride promises single-minded devotion to her husband.

In the Fourth Phera groom says, "You have brought auspiciousness and sacredness into my life. May we be blessed with obedient and noble children, may they live long." And the bride promises him to provide him extreme happiness and please him in every way.

In the Fifth Saptadi the groom acknowledges his wife as his best friend who has enriched his life and the wife promises to trust and honor her husband always. The groom in the Sixth Round blesses his wife for joy & peace at all times and the bride promises; "In all acts of righteousness, in every form of enjoyment and divine acts, I promise you I shall participate and I shall always be with you."

The marriage is complete in the Seventh Vow where both the bride and groom accept each other as husband and wife and promise each other to make their marriage eternally blissful. The seven vows thus tie two people in bonds of holy matrimony which is believed to be blessed by the divine and cherished for a lifetime.